How to Make Money off a Patent

If the inventor planned on giving the invention away for free, why bother getting patent protection? So now the question becomes-

How can inventors make money off a patent?

The obvious answer is the inventor can use the patent to start producing a product and own their own business. This might work for some inventors, but as experienced patent lawyers we know that a lot of inventors just want to keep inventing instead of running a business.

For inventors in this situation there’s an option that allows them to make money without having to run a business. This option is known as licensing a patent. 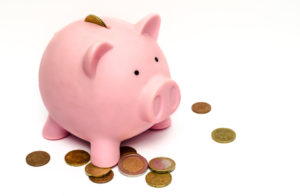 to make and sell the product. In exchange for access to the patent, the inventor will get paid royalties.

The deal between the inventor and manufacturer (licensee) can take a lot of different forms. Some deals will be for the life of the patent and others will only be for a set amount of time. In some cases the licensee can sublicense the patent to other manufacturers to produce more products.

Royalty arrangements will also vary from license to license. The inventor might get a percentage of every product sold, or the licensee might just pay an upfront lump sum.

Licensing a patent is a great way for inventors to make money and still have the time to keep inventing. However, creating the patent licensing agreement is not a DIY legal job. Be sure to call Arizona patent lawyers Parsons & Goltry to draw up the agreement so you know your patent is safe and sound.