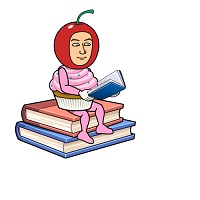 Writing patent applications is tricky, even for skilled and experienced patent practitioners. The crux of patent protection often turns on one word, and the D Three case is an exemplary illustration of this.

In affirming the district court, the CAFC recognized that the “hallmark of the written description is disclosure,“ and that the written description “must clearly allow [a PHOSITA] to recognize that the inventor invented what is claimed,” such that “the disclosure of the application relied upon reasonably conveys to [a PHOSITA] that the inventor had possession of the claimed subject matter as of the filing date.” Quoting Ariad Pharm., Inc. v. Eli Lilly & Co., 598 F.3d 1336, 1351 (Fed. Cir. 2010) (en banc). The CAFC also emphasized that a “patentee bears the burden of establishing that its claimed invention is entitled to an earlier priority date than an asserted prior art reference.” Quoting In re Magnum Oil Tools Int’l, Ltd., 829 F.3d 1364, 1376 (Fed. Cir. 2016). 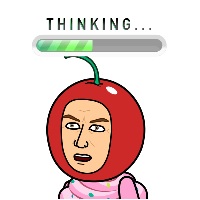 Long ago in Topliff v. Topliff, 145 U.S. 156, 171, 12 S.Ct. 825, 831, 36 L.Ed. 658 (1892), the Supreme Court stated that the patent application “constitute(s) one of the most difficult legal instruments to draw with accuracy.” The D Three case is illustrative of this observation. Whether an application is a provisional or a nonprovisional, it is a disclosure, so be careful. Many times I’ve heard other say “Oh, it’s just a provisional. Don’t worry about it.” Well, tell that to D Three. To be sure, the quality of the disclosure should always be of paramount importance. As I’ve said many times, when you write a patent application, “write it, and don’t be afraid!” Writing a patent application certainly takes skill and experience, e.g. what to say, what not to say, how to introduce criticality without losing your mind, when to incorporate “without” phrases and negative limitations, how to explain alternatives, how to define fields of art, how to describe what the PHOSITA would know or not know or think or not think, etc. Training, experience, skill, and the pursuit of perfection (not the attainment of perfection) can, however, enable a skilled patent writer to always write with the purpose of perfecting the technique of patent writing with the client and that “one word” in mind. Nothing else matters! Especially you, you provisional or nonprovisional!